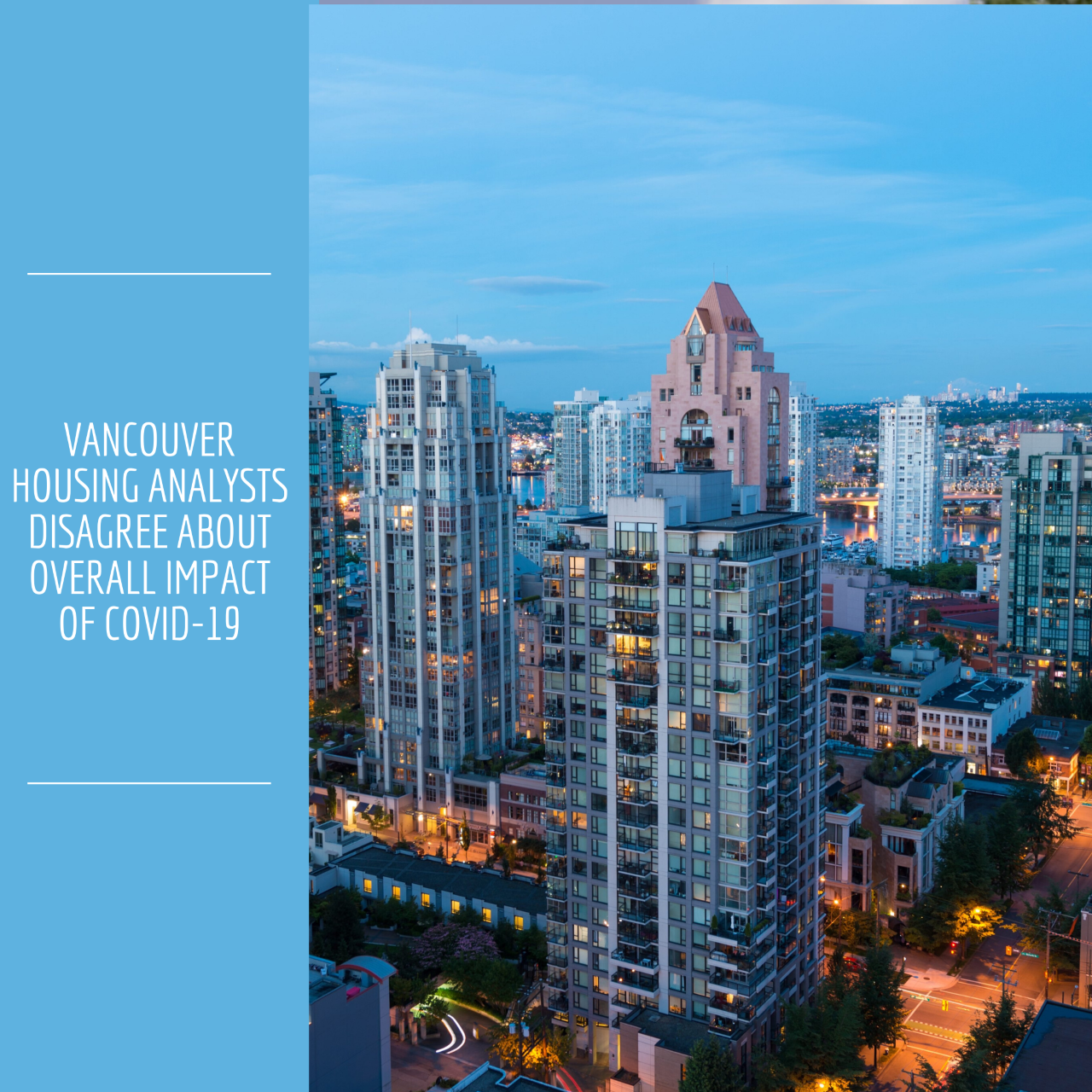 VANCOUVER (NEWS 1130) — The same week B.C.’s finance minister said housing sales dropped a whopping 45 per cent because of the pandemic, some real estate watchers say the situation isn’t so bad, but others are convinced it will take several months for the Metro Vancouver market to rebound.

Carole James says prices fell four per cent between February and May, but Michael Ferreira who is the managing principal of Urban Analytics (which tracks data for developers) says prices are already coming back up.

“We may have weathered the storm pretty well and may not see much change in terms of pricing and given what’s happening in the new home market, a lack of new supply over the last two years could be seeing a different story in two years as far as upward pressure on pricing again.”

He says there’s no doubt the real estate sector has suffered during the pandemic, but it could have been worse.

“You would have expected with COVID that prices would have dropped, but we saw supply drop right off, demand get sustained –especially in May and June. Without that supply there, create situations where you have multiple offers again and puts that upward pressure on pricing.”

However, Dane Eitel with Eitel Insights predicts prices will continue to drop until at least next year.

“The truth is the inventory is rising. The condo market had 2800 brand new, active listings in the month of June. That was the highest month since 2012. There’s not a pent up need to buy, but there is a pent up need to sell.”

He adds sales in May were the worst they’ve been in 15 years with only 325 more detached homes and 450 extra condos sold in June.

“The inventory in the detached market grew more than 700 and the condo market grew over a thousand from the previous month, so you tell me where is the pent up demand?”

Eitel tells NEWS 1130 his research shows there’s more inventory now than there was eight years ago, so it could take several more months for prices to start climbing again.

“Most markets in detached properties will be in 2021, the condo market will likely be in 2022, so we will eventually be positive about this market, but as it currently sits, it’s very difficult to be an optimist, unless you’re a real estate activist. You’re not really acting as an analyst.”

Ferreira insists the situation has significantly improved since the last week of May when the lockdown was lifted.

“We certainly saw an uptick in sales. Even though it’s lower than the ten year average, we were still significantly higher than we were last year, as far as sales go.”

Ferreira also tells NEWS 1130 some owners of short-term rental properties may not be able to wait for the borders to open up, so they can book guests from other countries.

“A lot could pivot and switch that over to a long-term rental, so that’s an option that they have and I know, some probably already have because we are seeing a bit of a dip in rental rents. That could be a combination of –a function of more supply coming into the market as the result of some of those AirBnB units getting converted to longer term rentals, as well as a drop in the immigration, so you don’t have all the international students that would typically come and be renting product at this time –getting prepared for the school year in September, so the combination of those two probably softens the rental rate market a little bit. Certainly, there are some that might decide it’s not worth the hassle, so I’m going to put it on the market, but to date, I don’t think we’ve seen huge evidence of that so far.”

Even so, he admits what keeps him awake at night is what happens if there’s a second wave of the pandemic and the economy shuts down again.

Eitel insists some buyers are already taking their time because they’re worried about paying too much for something they can get for a better price next year.

“That is a fear of overpaying for a depreciating asset, so into 2021 when prices are attractive, buyers will be fearful that prices will continue to go lower and that will be a tragedy for those that miss out on this historic opportunity upcoming. Some sellers are seeing that they will need to sell, but praying and holding on for dear life that won’t come to fruition, but eventually it will. In 2021, you will see the roll out of foreclosures and that’s where the investor mindset starts to change and starts to purchase properties at a discount. And, that will force the average sale price lower because no longer are they looking at mansions that were selling for $17-million and actually selling at $12-million. They’ll be looking at properties listed for a million and maybe selling for $800-thousand.”

Despite warnings from Eitel, the president of Pilothouse Real Estate Inc says Metro Vancouver is so “desirable,” most people born and raised there can’t afford to buy a home in that market.

“Just like you can’t live in Manhattan. You got to go live in Brooklyn. What we’ve done is created such a magnificent corner of the world, it is really hard to live here. This is one of the greatest cities in the whole world and real estate will be priced here accordingly.”

He’s also suggesting prices will go up when thousands of immigrants rush here once non-essential travel is allowed again.

“And in fact, there’s an enormous influx of people waiting to come to Canada –Vancouver in particular, but they can’t come because the airport is closed. This is the time when the professional real estate buyers are buying. When the airports open, prices are going to go crazy.”

Taylor agrees some owners –hoping to capitalize on short-term rentals for companies like AirBnB– are selling off those properties or turning them into long-term rentals which helps explain why vacancy rates are climbing in parts of Metro Vancouver.

However, he says he doesn’t believe many people will be forced to sell their homes because they can’t afford to cover their mortgage or they’ve lost their jobs during the pandemic.

“Add that to what’s going on in Hong Kong, you’re going to see about 80-thousand people arrive in Vancouver –one of the safest, most beautiful, world-class cities with no supply. If you don’t have many apples and you’ve got lots of people that want apples, the price of apples goes up.”

On Tuesday, the provincial government predicted a $12.5 billion deficit linked to the pandemic with Finance Minister Carole James saying, “This could be the worst downturn experienced in our province in recent history.”