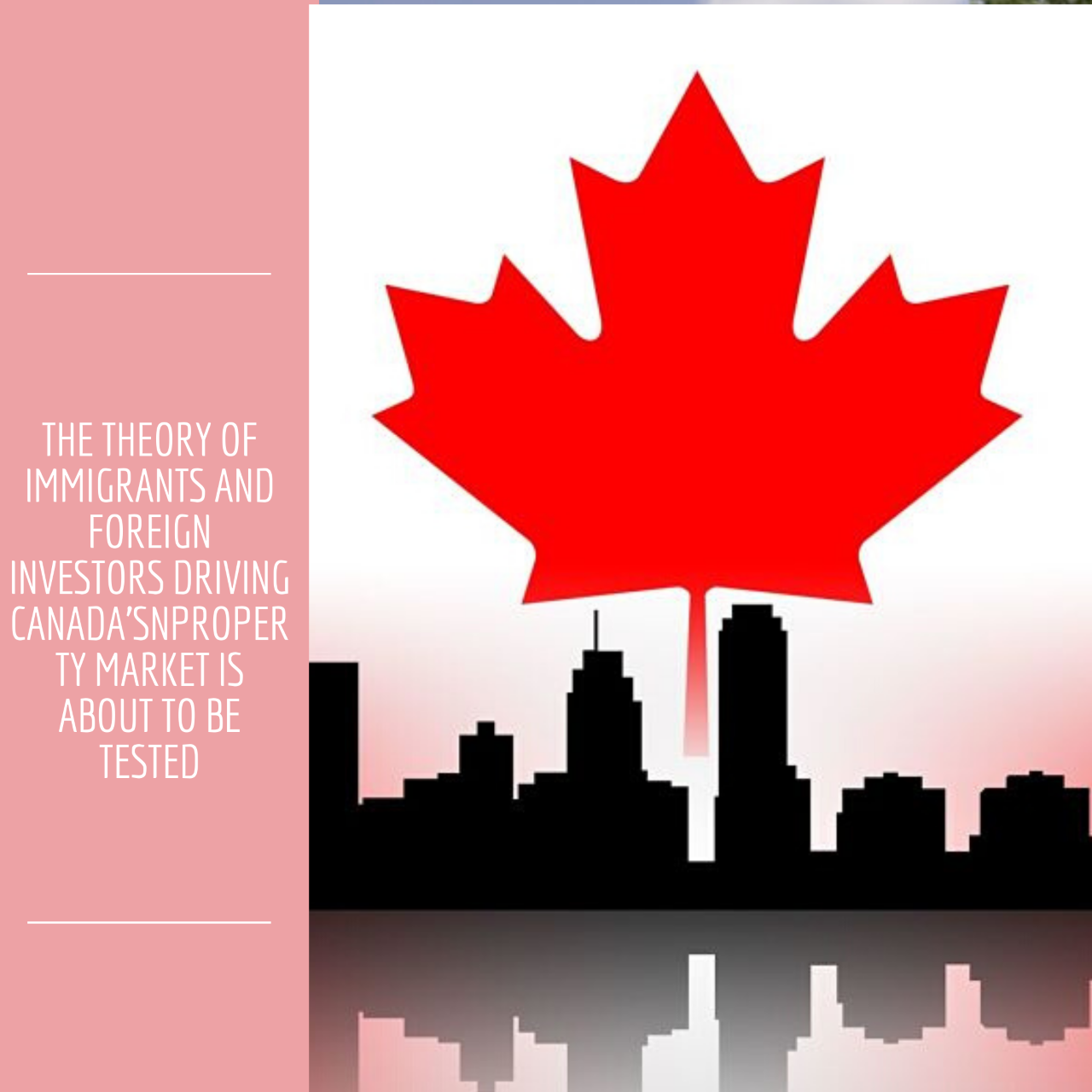 Vacancy rates in Canada’s two biggest housing markets are rising, rents are falling and luxury homes are struggling to be sold

Christine Zhu, a Toronto-based realtor, has not facilitated a single purchase or sale on homes since the start of the COVID-19 pandemic. Her clientele are almost exclusively Chinese nationals whose kids are either already international students in Canadian universities and high schools in Ontario, or are looking to begin school this fall.

In a regular spring market, she would have processed at least eight sales every month, mostly condominium units that Chinese parents would purchase for their children, in addition to numerous rentals. This season she’s spending her days on the phone with landlords, negotiating on behalf of students who have gone back to China, and have no idea when they will return, leaving their leased apartments vacant.

“One of my clients went back to China for Chinese New Year, and didn’t come back because there were no flights. He’s been paying for so many months, so the mother asked me if I can help negotiate with the landlord,” Zhu said. “This landlord was nice, he gave a 30 per cent discount. That’s the best I could do.”

The mothers are scared. For many of them, this is their only child studying abroad

There are approximately 640,000 international students in Canada — over 50 per cent of them are Chinese and Indian nationals who make up a significant part of the rental market in Canada’s largest cities. In a typical summer season, tens of thousands of new foreign students, landed immigrants and non-permanent residents looking for work arrive in Canada, seeking some kind of housing, either to rent or buy.

But with international travel frozen, multiple realtors and housing experts the Financial Post spoke to over the course of the week say that the lack of the usual immigration and travel pattern is starting to have a noticeable impact on the housing markets of Toronto and Vancouver. In particular, vacancy rates are rising in downtown rental markets, pushing prices lower, while luxury homes that usually attract rich foreign investors are struggling to be sold leading to price drops or, in some cases, court-ordered sales.

“Net migration numbers have fallen off pretty sharply, and the vast majority of non-permanent resident newcomers fall into the rental market. We’re likely to see vacancy rates go back up, but more likely rents are going to flatten out even more,” said Robert Kavcic, senior economist at BMO Capital Markets.

In April, the numbers of permanent residents admitted to Canada declined by 80 per cent from the year prior — just 4,140 were processed and admitted compared to 26,900 in April 2019, according to Immigration, Refugees and Citizenship Canada.

In Toronto, condo rentals are on the decline, falling 2.2 per cent on average from April 2020 to May 2020, according to data from apartment hunting site PadMapper. In Vancouver, one-bedroom apartments decreased 5.6 per cent and two-bedroom units decreased 15.8 per cent, the largest decline across the country, May 2020 data from Rentals.ca showed.

Kavcic believes the decline is partly attributed to immigration, but it’s still too early to quantify.

Razia Husein, a Toronto realtor whose clients comprise mostly wealthy foreigners or permanent residents residing abroad, says that she’s had trouble selling downtown condo units that some investors would buy in bulk in a typical year.

“I sell 8 to 10 units, either pre-construction or newly built, to one buyer (in different properties). Some are from India, some are from the United Kingdom, some are from Trinidad. I tell my clients to not put all their eggs in one basket.”

This year, Husein says she’s trying to facilitate sales on the phone, but it’s proving to be difficult. “They need to get on a plane and come and see a unit, or see the area. So I’m just doing a lot of rentals right now, I usually manage these investors’ properties, and find them renters,” she added.

When home prices skyrocketed in Toronto and Vancouver in early 2017, the prevailing notion was that foreign money was driving price increases, prompting provincial governments of both cities to slap a 15 per cent foreign buyers’ tax on purchases.

But a January 2019 report released by Statistics Canada using data from the Canadian Housing Statistics Program found that changes in property prices could not really be associated with any specific socio-demographic or economic factor.

Immigrants, for example, owned proportionally fewer single-detached houses than Canadian-born owners in both cities, but in Vancouver, immigrant owners had larger homes in more expensive neighbourhoods. Just 4.95 per cent of single-detached properties were owned by immigrants in Vancouver, while in Toronto that number was 4.71 per cent. In both cities however, immigrants owned more condominium units than Canadian-born owners.

“This idea that foreigners are the reason for our housing prices going up, is going to be tested out right now. There are no flights, and so the rich investors that went away for the winter, they’ve not come back. Yet, I see the market for single-detached houses is roaring right now,” said a real estate agent in Toronto whose clients are mostly high networth Iranians.

But David Chen, a realtor with the Vancouver-based boutique real estate firm Stilhavn Real Estate Services, whose clients are primarily from mainland China, notes a different trend in the wealthy community of West Vancouver that he attributes to the travel freeze — mansions worth $5 million or more are struggling to be sold because rich foreign investors are not available to go house shopping at the moment.

“Local buying and selling has picked back up and is strong. But in West Vancouver, we’re seeing the biggest price drop in years. It’s not unusual to see court sales for some of the bigger homes — it used to be maybe one in 200 homes in West Vancouver were sold through the court system, but now that’s about one in 80,” Chen said.

Between April 2020 and May 2020, the average home price in West Vancouver fell from $2.8 million to approximately $1.7 million, although it seems to have picked back up recently. Six-bedroom homes, that were worth more than $4 million just six months ago, are now averaging at $2.2 million, according to data from MLS, crunched by the real estate site Zolo.ca.

Local builders, according to Chen, build huge mansions for foreign buyers who usually make their purchases in the spring or summer months, but demand has fallen this season.

This is a very unique shock. It has pulled people out of the market

Whether or not the immigration effect on Canadian real estate — though still anecdotal — will last, is a question that Zhu believes relates in some part to how the Canadian government will deal with the pandemic going forward.

She operates a WeChat account with roughly 500 Chinese parents whose kids are international students in Canada and their primary concerns have been the way in which Canada has responded to the virus.

“The mothers are scared. For many of them, this is their only child studying abroad,” Zhu said. “In China, they feel COVID-19 is being handled well, and Canada is next to the United States which for some of them causes worry.”

In terms of death count, Canada has had roughly double the number of COVID-19 related deaths compared to China, according to official numbers from both countries’ governments. While there have been new surges of the virus in and around Beijing, the Chinese government, at least based on public information, appears to have effectively controlled the spread by rapidly boosting testing and contact tracing.

Chen says some of his clients from mainland China have held off on purchasing condos in Vancouver because of concerns that a shared building ventilation system could be a COVID-19 related risk. “They are just going to wait it out for now, at least until flights from China resume,” he said.

BMO’s Kavcic believes that ultimately the housing markets of Toronto and Vancouver, Canada’s two most expensive cities, will be driven less by the behaviour of foreign buyers, newcomers and international students and more by the tension between demand and availability.

“This is a very unique shock. It has pulled people out of the market. Listings have come down as quickly as sales have. So the question is how much pent-up demand versus pent-up listings will there be when things go back to normal?”