‘Policy-driven’ residential slump could be short and shallow 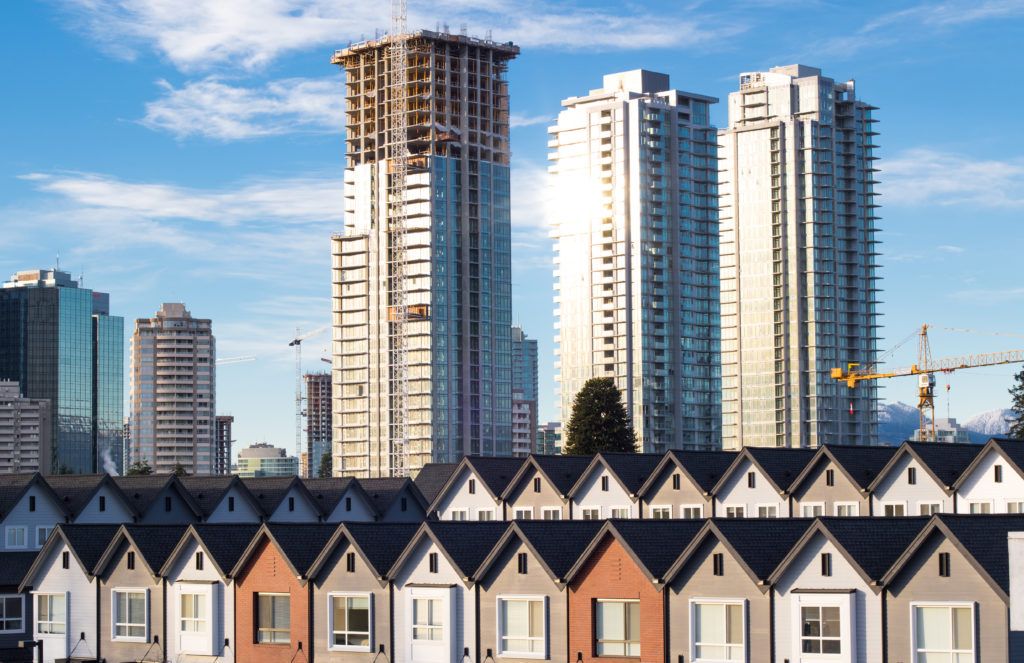 But without a change in government policies, the “recession” could linger for up to three years.

This “policy-driven downturn” has hit Vancouver and other metro areas the hardest, he added.

In the past year, the provincial government has raised the foreign-homebuyer tax to 20% of a home’s value, the highest in the world, brought in a speculation tax on empty homes, slapped a school tax on expensive homes and introduced rigid reporting and monitoring on pre-sale condominium sales. The province has also capped rental rate increases at 2.5% and appears prepared to bring in new rental regulations that landlords say will stall new rental construction and renovations.

Housing sales in Metro Vancouver have plunged 40% compared with the end of 2017 and are down by similar levels in the urban areas of the Fraser Valley, Kelowna and Victoria.

Across all of B.C., housing sales were down 33% as of November compared with a year earlier.

On Vancouver’s west side, once the poster child for runaway housing prices, benchmark detached-house prices fell 10% during the first 11 months of 2018 compared with a year earlier to a benchmark of $3.2 million, reported the Real Estate Board of Greater Vancouver. One reason is the new B .C. school tax of between 0.2% and 0.4% on homes priced above $3 million. In November, 93 Vancouver houses were listed for sale at prices from $3 million. Only 18 sold.

Across Metro Vancouver, the November benchmark composite home price was down 1.4% from a year earlier to $1.04 million after soaring 43% over the previous three years.

Major real estate companies say the Metro housing market is now more dependent on political whims than on economic fundamentals, but they expect the price drops will be shallow.

In its recent market forecast, Royal LePage calls for Metro Vancouver median home prices to rise a modest 0.6% in 2019, compared with a year earlier, to $1.29 million. The agency bases its outlook on Vancouver’s strong economy and low unemployment, and B.C.’s high in-migration levels, which reached 60,000 arrivals during the 12 months up to July 1 of last year.

Yu, however, said government policies would trump economic fundamentals and continue to hurt sales. The “mild recession” in B.C.’s housing market, he said, is “expected to continue over the next three years, driven largely by the drag of government policies to constrain demand, and higher interest rates.”

“The introduction of the mortgage stress test this year, as well as continually increasing interest rates, means more Canadians will be priced out of the market [in 2019],” Ash said.

Despite fears of new B.C. and City of Vancouver rental regulations, Metro Vancouver landlords can expect vacancy rates to remain in the 1.3% range in 2019 and for average rents to increase by 5% to 6%, according to Central 1 and Canada Mortgage and Housing Corp. (CMHC).

Metro Vancouver has a near--record level of housing starts underway, but construction is forecast to taper off in 2019.

CMHC, however, is forecasting that Metro Vancouver housing starts will fall from a projected 24,900 units in 2018 to a maximum of 21,800 in 2019. The biggest decline will be seen in multi-family homes, primarily condominiums, which are expected to drop 14% to approximately 17,500 units through 2019.

Outlier cities will lead Residential investors may find better opportunities next year in cities outside of the Lower Mainland.

Kamloops, the second most affordable city for housing in B.C. and biggest city exempt from the provincial speculation tax, is among the bright spots for 2019, according to the BC Real Estate Association.

Kamloops will see a 3.6% increase in average home prices and a 2.3% rise in housing sales next year, the association said.

With a median household income of $73,822 and an average home price of $407,000, the city is among the most affordable home markets in the province, according to a study by Zoocasa.

However, it is Prince George, ranked No. 1 for affordability by Zoocasa and the biggest city in B.C.’s suddenly booming north, that may rank highest for investors next year. Prince George’s average home price is $315,400 and its median household income is $78,422 – higher than in most of the Lower Mainland, including the city of Vancouver, where the median household income is $65,327.