Posted on May 19, 2019 by PadMapper
Posted in: Rental market , Rental Market 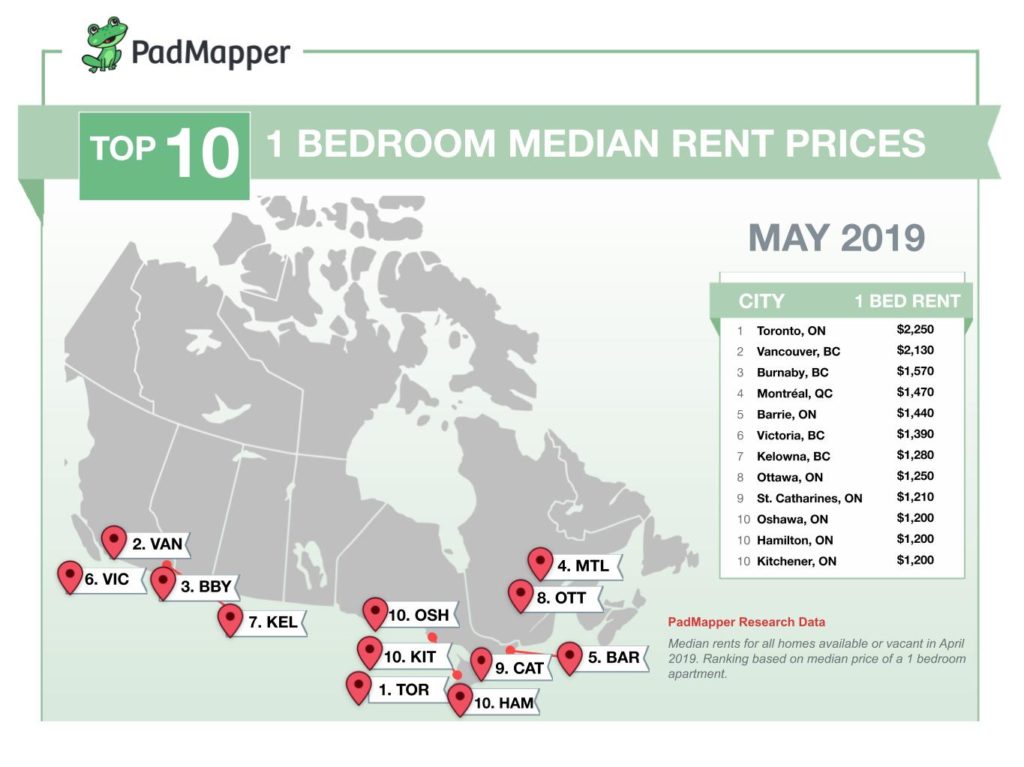 Overall, 8 cities saw an upward trend, 3 downward, and 13 remained stable last month. While more than half of the total cities continued to have flat monthly growth rates, the cities that experienced an upward trend actually more than doubled when compared to the previous rent report. As the hot moving season begins, we should expect to see rents grow on a monthly basis.

Notably, Windsor had the fastest growing rent in the nation last month, up 5.3%, while Halifax and Kelowna took the largest rent dips, both down 3%.

–Windsor, ON, ranking as the most affordable city in the metro, had the fastest growing one bedroom rent last month, up 5.3% to $800.