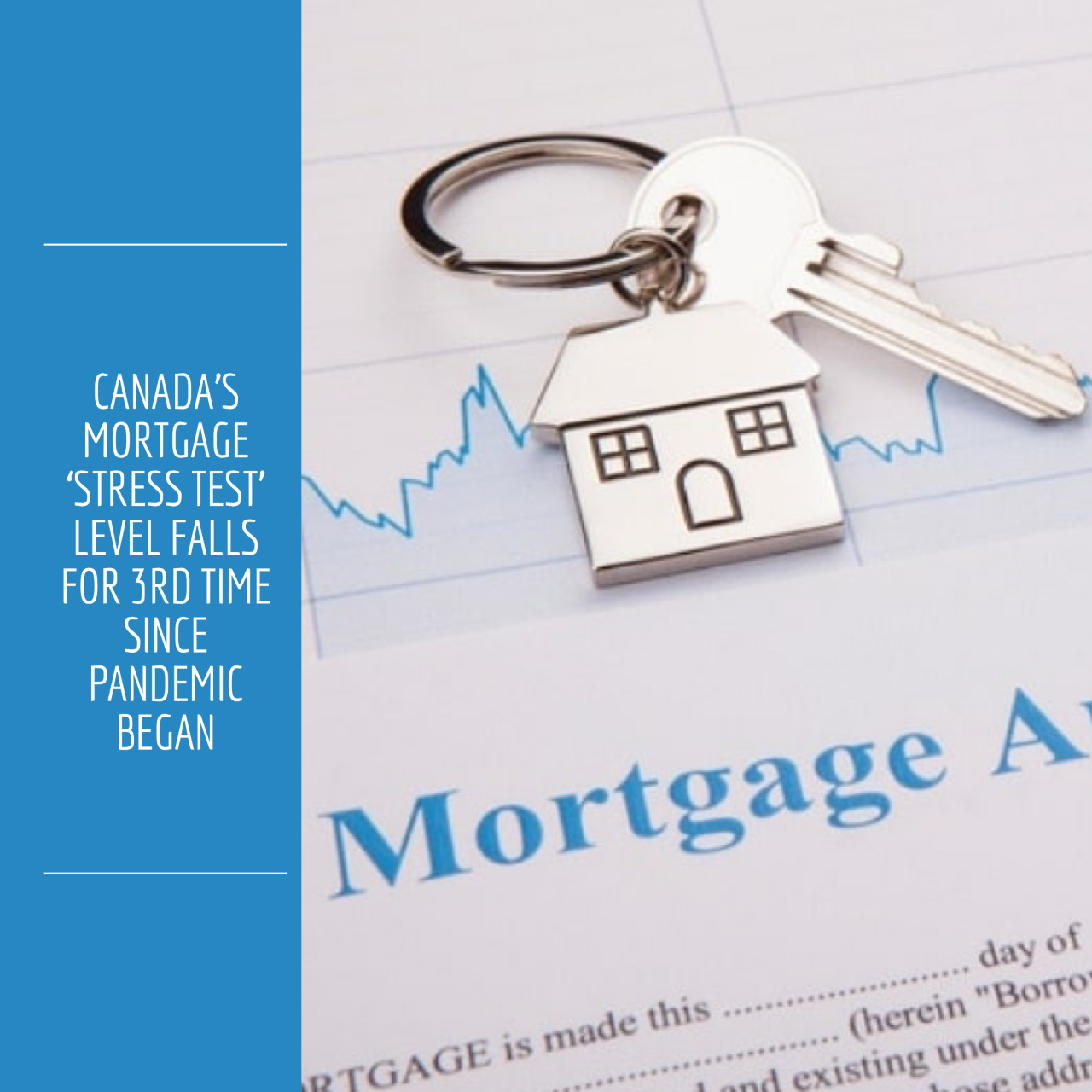 Rate falls to 4.79% to theoretically allow a borrower to be approved for a larger loan

The bar at which the finances of Canadian mortgage borrowers gets tested has just been lowered, making it easier for would-be home buyers to reach.

Five-year posted mortgage rates at Canada's big banks have inched lower in recent weeks, enough to compel the Bank of Canada to formally lower the average rate they base their calculations on to 4.79 per cent.

That's significant because that's the level the so-called stress test is based on. Announced in 2017, the test was designed to cool the overheated housing market of the time by making sure borrowers would be able to pay back their loans if rates were to suddenly rise.

Even if a borrower could get a mortgage at, for example, three per cent, that person's lender was obligated to crunch the numbers as though the rate was higher — at around five per cent, for example — to make sure the loan wouldn't be too onerous for the borrower to pay back at their income level if rates were to suddenly rise. If the borrower failed the test at the higher rate, the lender wasn't allowed to lend to them, even if they wanted to.

That testing rate has already been lowered twice in this pandemic, first in mid-March when it dropped 15 points from 5.19 per cent to 5.04, and then again in May when it dropped another 10 points to 4.94 per cent.

This week's 15-point cut comes on top of that and theoretically means qualified borrowers can now be approved for a slightly bigger mortgage than they could last week, even if their income is still the same.

Rate comparison portal Ratehub.ca calculates that the change could increase the purchasing power for qualified borrowers by about 1.5 per cent.

"Over the last few years, rule changes have made it harder for Canadians to qualify, so the recent reductions in the benchmark qualifying rate is welcome news for first-time home buyers hoping to enter the housing market.," said James Laird, co-founder of Ratehub.ca and president of mortgage brokerage CanWise Financial.

Ottawa had planned to change the way the stress test was calculated to begin with, announcing in February a plan to tinker with the formula starting in April. But those plans, like many others, were put on hold when the pandemic hit.

Sherry Cooper, chief economist at Dominion Lending Centres, said in an interview that move is good for buyers in that it will make it "a touch less difficult to qualify for a loan. People will be able to borrow a bit more money."

She said she has observed that qualifying rate was quick to move on the way up, but has been much slower to come down even as interest rates have tumbled because of the pandemic, so it's good to see the qualifying rate come down to something closer to what's actually happening in reality.