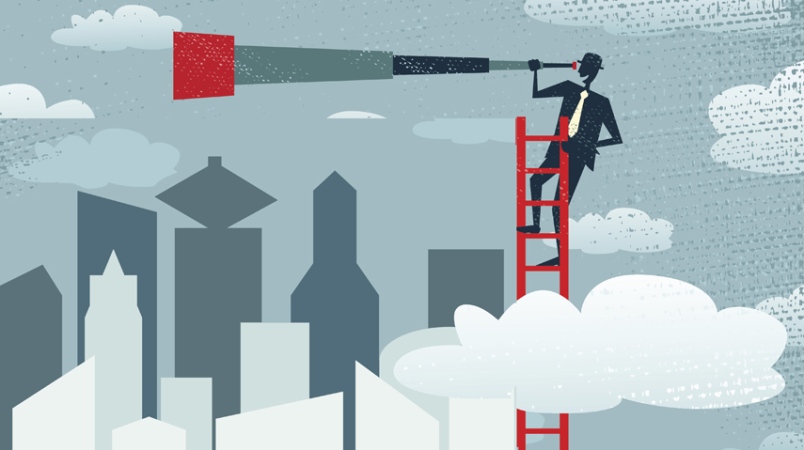 What do housing pundits predict will happen to the B.C. housing market over the next year?

2018 was an extremely taxing – quite literally – year for B.C. real estate, in which taxation measures and other government interventions slowed down market activity considerably and creating a softening in average sale prices.

So what will the forthcoming year hold? A further sales slowdown, a plateau, or a recovery? Falling or rising prices?

As ever, industry organizations, brokerages and economists all have their opinions – which can differ widely, but often overlap.

Here’s a look at a range of forecasts and the general consensus in several areas of B.C.’s real estate market.

According to Central 1 Credit Union’s B.C. forecast, the provincial housing market is expected to remain “subdued” over the next three years. This is, said the report, “driven largely by the drag of federal B-20 mortgage ‘stress-tests’, government policies to constrain demand and higher interest rates.”

“In order for there to be a deeper crash, there would need to be a global economic recession, something that throws a lot of B.C. and the Lower Mainland out of work,” said Bryan Yu, Central 1’s chief economist. “That’s not something we have in our forecast right now.”

The Canada Mortgage and Housing Corporation’s (CMHC) Housing Market Outlook largely agreed, predicting, “Overall, we anticipate MLS sales to trough in 2018 and see some recovery in 2019-20.”

The Canadian Real Estate Association’s forecast was much less optimistic about B.C. sales activity next year. CREA said that, following an overall 24.2 per cent annual decline in home sales across B.C. in 2018, resale transactions would drop in the province by a further 5.2 per cent in 2019.

The B.C. Real Estate Association went in the other direction with its sales predictions, taking a bullish stance. It said in its November forecast that sales in 2018 would total around 80,000 by the end of December, down 23 per cent from a year ago, but would then rise in 2019 by around 12 per cent to total 89,500 home sales across B.C.

General consensus: With one group predicting a notable recovery, one a further dip and two a slight increase, perhaps we will see B.C. home sales largely remain at subdued 2018 levels through this coming year.

Central 1’s forecast looked at median prices rather than averages, and said it expected the median provincial resale price to fall two per cent (or around $10,000) in 2019 to $520,000 but then see a slight increase in 2020. The credit union stressed in its forecast that no price crash was forecast.

Looking at Vancouver Island, Yu said, “I think the market in Victoria and the rest of the Island is still quite solid. But prices have essentially flat-lined.” In the capital region, median resale prices are expected to edge up in 2019 by 0.3 per cent from this year to $588,000 (following a 6.1 per cent annual increase in 2018).

However, prices are expected to rise in Island communities that are attracting retirees, Yu said. Overall on Vancouver Island, Central 1 expects the median residential resale price is set to increase next year to $465,000, up 2.2 per cent from 2018, the report predicted.

For Metro Vancouver, Central 1 had a different prediction. “The expectation is that we will see about a few per cent drop-off, which will bring us down to $1.2 million. It’s still very high for a lot of households, for many it will be out of reach,” said Yu. “But we will also see a decline in the condo market, which is clearly looking at higher supply levels.”

The RE/MAX 2019 Housing Market Outlook similarly predicted that Metro Vancouver’s average home sale price would see a drop of three per cent in 2019 compared with 2018, due to the “low absorption rate.” This, said the brokerage, will follow a slight increase in the average home sale price across 2018 of two per cent, compared with 2017, to $1,049,362. A subsequent three per cent decline in 2019 would take that average price down to $1,017,881, which is slightly lower than 2017’s average price but still well above 2016 prices.

The Royal LePage Market Survey Forecast predicted that the median aggregate price of a home in Greater Vancouver would remain fairly level next year, rising a modest 0.6 per cent in 2019 compared with 2018, to $1,291,144.

Randy Ryalls, broker and manager of Royal LePage Sterling Realty, said, “The [mortgage] stress test, coupled with provincial tax policies, will continue to affect the real estate market in 2019. The possibility of rising interest rates will also keep some potential buyers on the sidelines as they wait to see how higher rates impact the market. For potential buyers whose purchasing ability is not limited through mortgage regulation or financing, the buying opportunities in Vancouver are excellent.”

RE/MAX also looked at Kelowna’s real estate market, and predicted that, following a six per cent annual increase in average prices in 2018, home values would shed half those gains in 2019. The brokerage predicted a drop of three per cent next year to take the average price just under the $700K mark, but still more than $20K above 2017’s average.

General consensus: Provincial average home prices flatlining, with no crash ahead; some slight declines in capital region and Metro Vancouver, which will recover later.

Central 1's Yu said that builders have noted the market slowdown and the result is a sharp drop in housing starts since September, especially in urban areas. Starts in B.C. are predicted to fall to about 32,000 units in each of the next two years after nearly 40,000 units were under construction in 2018 and 43,500 in 2017.

But the credit union’s update also predicts positive housing market outlooks in some areas including Vancouver Island, where retirees fuel the market. Casey Edge, executive director of the Victoria Residential Builders Association, said builders remain optimistic about the capital region, despite what appears to be a slight softening of the real estate market.

He said construction continues to be driven by strong migration from elsewhere in B.C. and across Canada by retirees or people attracted by the region’s robust and diverse economy – and that there are no signs that will change in 2019.

Starts are also predicted to rise in northern B.C. as demand is boosted by a liquefied natural gas project and associated pipelines. As work ramps up on the $40 billion LNG Canada project in and around Kitimat, Central 1 says housing markets in the north are forecast to outperform those in southern B.C., which were hit the hardest this year.

The CMHC forecast for B.C. agrees with that of Central 1. Following a few years of frenzied construction activity, it said, “Housing starts are anticipated to soften going into 2019 through to 2020, moving back towards the 10-year average pace of new construction.”

General consensus: Comparatively weak market will cause developers and builders to pull back on new home construction over next two years.

On the rental market, Central 1 Credit Union had this to say: “[B.C.’s] rental market conditions are forecast to remain tight. The apartment vacancy rate holds near 1.3 per cent from 2019 through 2021 as renters find greater difficulty shifting into homeownership given tighter credit conditions and rental demand remains strong due to moderate economic and population inflows. Rent growth is forecast to remain near 5 per cent annually, held back by restrictive rent control measures... For units turned over, rent growth will be much higher as landlords can charge market rents, which will continue to soar given low vacancy rates.”

The CMHC also predicted the next two years for the rental market in Metro Vancouver, which is currently standing at a one per cent vacancy rate. Its report said, “The rental market is expected to remain tight across the region, average rents will continue increasing faster than inflation. The vacancy rate is expected to rise slightly; however, it will remain low in absolute terms, reflecting the strong demand for rental housing in the region.”